For the past three months we've written a chronological list of HubSpot updates, with the goal of bringing you up to speed on each month’s developments.

This month, however, we’re going for a different approach. We’re grouping the updates together thematically, so you can see at a glance what has changed with regards to the area(s) you’re interested in.

For this new format you can thank in equal measure our ingenuity, and HubSpot’s decision to release a whopping seventeen updates last month.

Improved topic suggestions will make writing for SEO easier, by removing (or at least reducing) the need to do extensive keyword research. Instead, keyword variations, questions, and related terms will be shown for subtopics you create, pulled from search results in real-time by AI. This means that suggestions will be relevant and effective.

Changes are also being made that will make assigning topics and subtopics to content pieces more simple: now you can create and edit topics and subtopics within the content editor, rather than having to rummage around in the SEO app. This means your content will cover the right stuff required to rank. 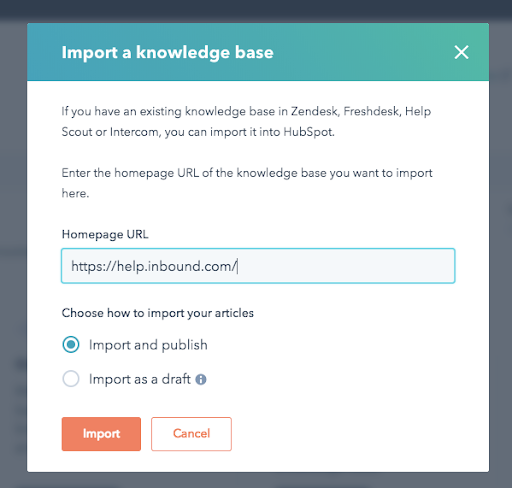 In a similar vein, links to pillar pages can be added automatically from content. This change is designed to reduce the effort required when structuring content on your website, by automatically inserting relevant internal links, and by keeping them up to date.

Content partitioning is being updated, too, with changes being made to bring the functionality more in line with user expectations. We would say the changes simplify the process, but unfortunately it takes a while to get your head round them. The key concepts are introduced below, and they’re broken down in more detail in the announcement post:

Did you get all that?

Slightly simpler is another change to permissions: access to blogs can now be restricted to signed-in users.

Engagement with adverts on Facebook and LinkedIn can now be tracked more effectively, too, further enhancing the scope of reports, the insights they offer, and the usefulness of the connectivity between HubSpot and other platforms. ‘Likes’ and ‘engagements’ are the metrics available for reporting.

Two tweaks have been made to workflows with the aim of making them more intuitive. Both are designed to reduce the friction in locating errors in workflows, the first by showing you the action associated with each event; the second by allowing you to filter by action type. As an example, you could filter to see only events whose action was ‘email sent’, which would aid in locating email send issues. 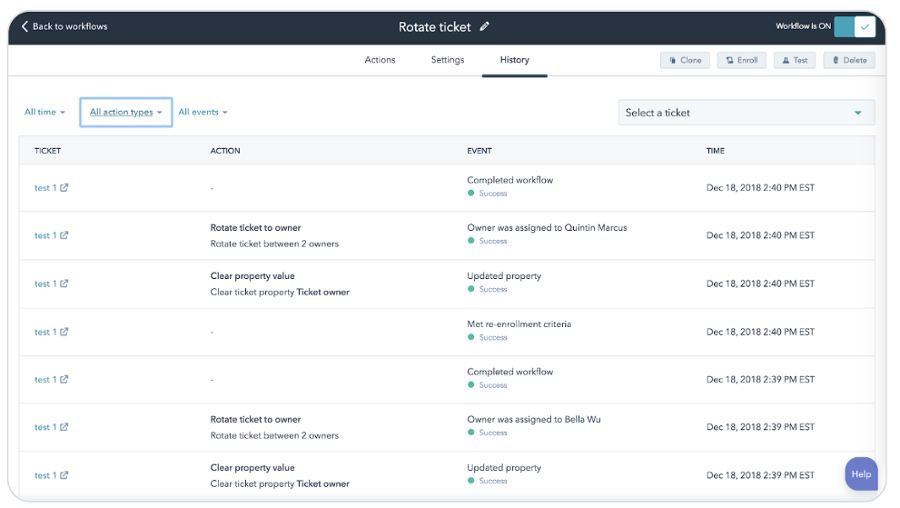 Although technically separate from workflow functionality in HubSpot, the follow-up emails that can now be sent through pop-up forms serve a similar purpose. That is, to respond to customers who engaged with your brand in a bespoke manner.

Scoring of contacts is being updated. Instead of being a completely separate metric, your contact score is being brought into the same fold as other contact properties. This is intended to simplify contact management. The amount of user levels with the ability to create scoring properties for contacts is being expanded, too. Previously only Marketing Hub Professional accounts had the option; but now Professional customers in any HubSpot hubs can do it.

It’s now possible to clone reporting dashboards, drastically reducing the time needed to set up reports similar to those you have already. Instead of having to create a new report, then manually assign all the same values and settings, you can now just duplicate a report containing the required options.

You can require SSO (Single Sign-On) login for all users. SSO gives your team members one account to use across all systems. It's easier for them because they have fewer credentials to remember; and it's safer for you, because there are fewer passwords to protect. Having the option to require team members to use SSO gives you more control over your organisational security.

It’s no longer possible to send mail to manually-added aliases. Again, this change is prompted by a security concern, and is designed to make the HubSpot platform safer and less susceptible to abuse. HubSpot explained in the announcement that although some users often use manually-added aliases, the ratio is low, and the difficult decision was made in favour of the majority.

Lots to digest, as usual, but HubSpot will be stronger and more useful for it.

Thanks for reading. Check back next month!